Coding and Software Development for Children - A complete Guide

With the growing importance that technology is having in our lives, many of us are questioning what kind of relationship kids should have with it? Should they use a computer? Should they play with smartphones? Should they learn programming at school? And should programming and coding be given the same importance as other subjects? One of the main themes when it comes to children and coding is if and when they should learn how to code, and - also - how can they learn something that sounds so complicated? In this article, we'll try to answer this important question.

Before asking ourselves if and how our kids should learn how to code, we should be well aware of coding. Coding means writing down instructions that tell a computer program how to function. These instructions must be written in a specific language, a programming language. There are many programming languages available (JavaScript, HTML, Python, C++), and each has different characteristics, is more suitable to obtain certain types of results, and has different levels of complexity.

When you click on a button on your screen, and something happens, for example, a window closes, it's because there is some coding in the source code of the program you are using that gives this instruction: "if the closing button is clicked, the window must be closed." If you access the source code, however, you won't see those words because computers don't speak English: they talk to JavaScript, HTML, and so on… If you want to communicate with a computer and tell it what to do, we need to learn their language: a programming language. 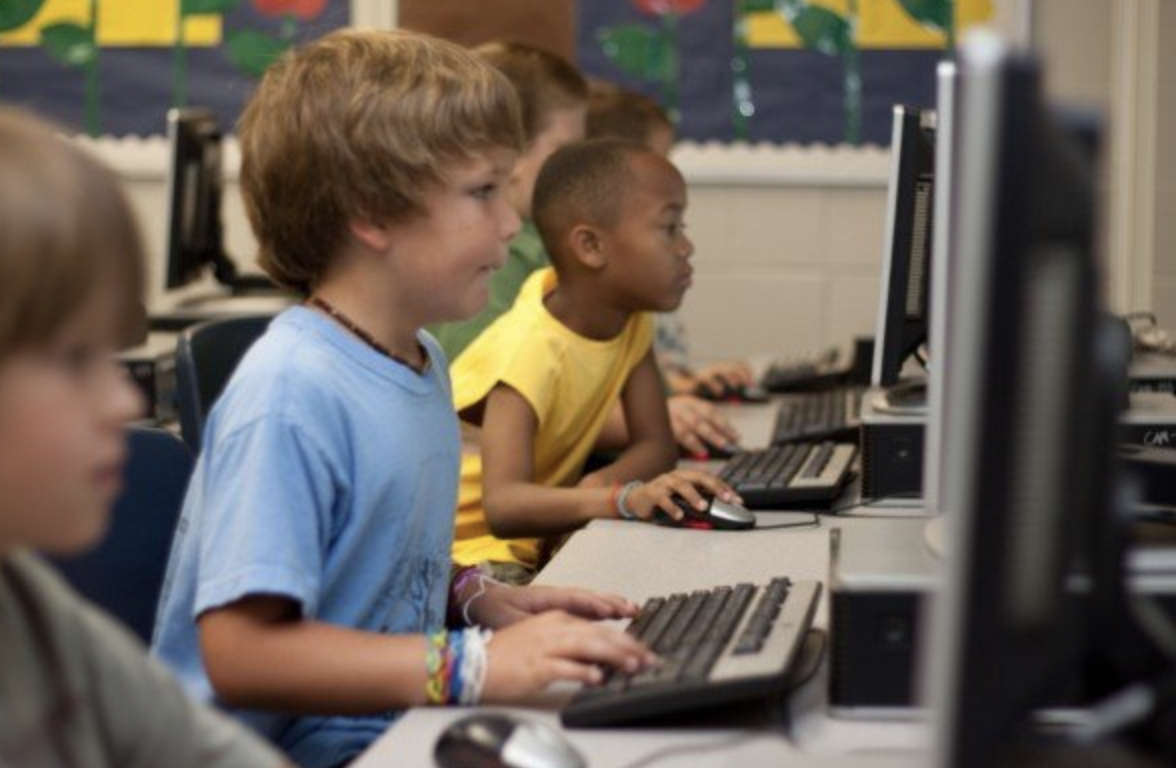 That said, when we ask ourselves how to teach coding to kids, we ask how to teach them programming languages. Isn't it too challenging and complex for a child to learn such a skill at a young age?

Why is coding learning suitable for kids?

When adults approach coding learning, they do two main things: learn some math and approach programming languages as if they were foreign languages. Of course, code learning wouldn't be suitable for kids if this was the only possible approach. However, programming can be approached in other ways. For example, programming has a lot to do with problem-solving, deconstructing complex problems into simple ones, and developing computational thinking… and all these things are easy to present as a game to a child. With the right approach, children can learn the basics of coding at the age of 5!

Why should we teach children how to code?

The reasons why we should teach a child how to code as early as possible are many, and they could be grouped into two categories: the first is strictly related to the importance of technology in our lives and its growing presence in every aspect of our lives; the second is related to how coding courses can be helpful for a child to develop many other different skills that can help them through their schooling, development, adaptability skills and other areas.

The importance of tech

Coding can lead to promising careers
Because technology is so omnipresent, because it is finding new applications in new sectors every day, it is also creating new jobs every day. Online coding courses are more crowded than ever because adults who never studied coding as kids are now trying to fill the gap to find a well-paid jobs and build their careers. Kids coding allows children to build an essential skill that can allow them to build a good career in the future without having to struggle to study programming languages as adults.

Coding provides academic foundations
Kids coding courses teach children the basics of programming language. One of the main benefits is that these children will have fewer difficulties studying programming languages as adults. Furthermore, when kids learn to code, they also develop additional skills: problem-solving, some math, logic… and this is all helpful to make things easier in all areas of study and learning.

Coding allows children to exploit tech
Coding allows kids to exploit techs and not the other way around. In a world where technology, software, and algorithm are used everywhere, where, if we do not pay attention, our data are collected and sold against our will, we need to be aware of how the technology tools we use (our computer, our smartphones, our mobile apps, our smart homes, and even our smart washing machine and fridge…) work and what's behind their functioning.

Kids code can provide a basic knowledge so that, even if a child grows up and picks a job that has nothing to do with programming, he or she is still capable of having full awareness of how the world around them works.

Improve useful skills
As we've mentioned, kids' coding develops additional helpful skills even in areas different from programming and coding: problem-solving, logic, computational thinking… When a child learns some coding at a young age, they have advantages in all areas of learning.

It's a fun activity
Computers, screens, and smartphones look like pieces of magic to the eyes of children. Programming and coding open the doors in a world of magic for children and out the magic wand in their hands. Furthermore, kids coding often exploit toys and team games, so the children usually don't even realize that they are actually learning an important skill: it only feels like playing!

It's a social activity
Many think of coding as an isolated activity a person does on their own in front of a computer. However, kid's coding is an activity specifically designed for children. Therefore, activities are provided in the form of games, and they happen in groups, in couples, or together with a teacher. Teamwork is another skill that kids can develop with kids coding because of this aspect. 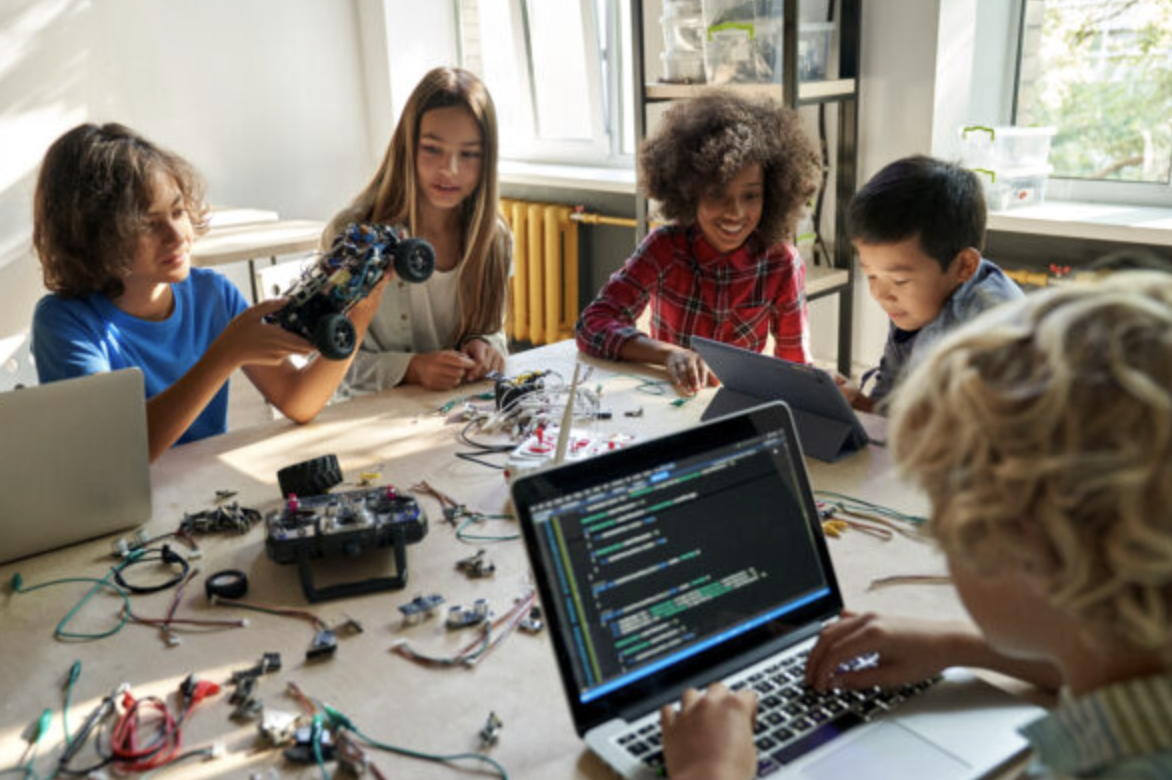 Coding courses for kids: where to begin from?

When moving the first steps into coding, kids don't need to use a computer. When kids learn to code for the first time, they learn how to give instructions, simplify a big problem into smaller ones, and reach a goal step by step. All these little missions are provided in the form of games. Kids learn to code this way when they are 5 or 6 years old.

Scratch
Scratch is considered the easiest block coding to learn. It is a visually based block coding platform aimed at storytelling. Kids learn to code through storytelling and animation: they can design stores with 2D animations. Stories can also be interactive, so kids can code even small video games.

Python
Python is a programming language that adults use (every developer knows block coding with Python), but this doesn't mean that it is particularly difficult. On the contrary, Python is an easy programming language to learn. When children start to learn to read, they can also start learning Python. Adults use Python in many fields (robotics, apps, artificial intelligence), but kids can use it for video games and simple apps.

Java
Just like Python, Java is an easy text-based programming language. Furthermore, just like Python, it can be taught to reading-age kids. The use developers do of the two programming languages is different, however. While we've already discussed what Python is used for, we can specify that Java is more used to build mobile apps. All kids are familiar today with mobile apps: they'll love to learn how to build one, even if it is a very simple mobile app.

HTML
HTML is one of the most known programming languages because it is used to create websites and hypertext (along with other languages). It isn't considered an easy language to learn, yet it is suitable for code learning at the age of 10 already! When they start learning coding with HTML at a young age, students can start using tags to display content differently, connect pages, and create small hypertext. These skills will be useful once they grow up and become more advanced.

CSS
HTML today is rarely used alone to create websites. CSS is usually used alongside HTML. CSS, too, can be learned at a very young age (around 10) despite being considered an advanced programming language. Kids can start learning basic CSS to have fewer difficulties than grown-ups when they start creating websites.

Where to find coding courses for kids?

Bonus tip: How to create a coding app for children?

If you are thinking about how you can provide a platform where kids learn coding, the best solution would be to create a kids' coding app. Children love playing with their parents' smartphones, and they'll be happy to be allowed to spend time on an app, unaware that they are learning how to code. AppMaster.io is a platform that can ease your work as a developer so that you can be able to provide children with a code-learning app in a short time and optimize your budget!

The best way to understand the power of AppMaster is to see it for yourself. Make your own application in minutes with 14-days trial plan

Bring Your Ideas to Life