The rise of no-code platforms 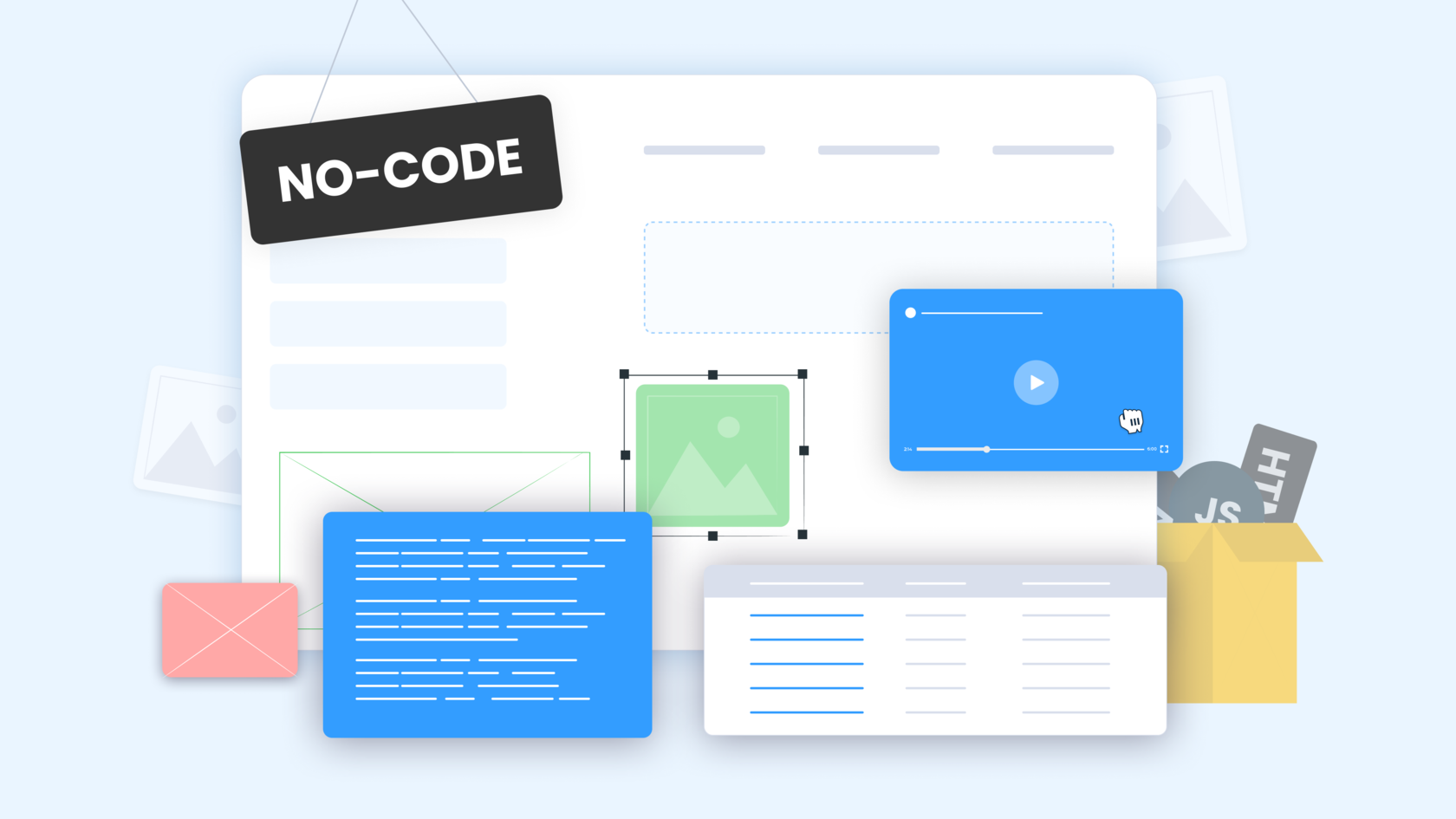 No-code development is a technique that allows users to create programs without writing any line of code. It is a form of visual programming based on the drag & drop visual builder.

The phenomenon of no-code, which just recently has become trendy, actually began its development back in the 90s. The first innovative no-code tools were the Dreamweaver, which is still produced by Adobe, and Frontpage, which was once part of Microsoft Office applications. Both platforms were created as Html editors, even though working with them required programming knowledge, some of the steps were automated.

Today, the possibilities of no-code platforms have significantly increased. With the growing demand, there is a wide range of platforms for creating programs, websites, and systems. This growth is due to many common problems that code-free development solves.

First, no-code platforms solve the problem of programmer shortage in the market and a limited supply of skills. Development without code allows people from different areas to create programs with an idea to start a business or improve the existing processes without involving programmers.

Thirdly, programmers will have much more time to work with complex and truly interesting projects if no-code platforms replace them in the execution of routine processes.

No-code platforms are still not a universal tool and cannot completely replace developers. However, in the future, there will be a much greater amount of platforms with more features that will become the norm for daily use.

What has Appmaster.io already achieved?

Appmaster.io is one of the new no-code platforms. The core idea of ​​its creation was multifunctionality so that applications developed on the platform were not limited in capabilities. Therefore, Appmaster.io lets users work with the frontend and backend, create business processes, integrate the application with other services, and change the appearance of the application by the use of a visual designer. The platform itself will generate the source code for the final application, which will make it independent and indistinguishable from traditionally created applications.

Explore all abilities of no-code and create your app on Appmaster.io.