No-Code and Low-Code. What’s the difference? 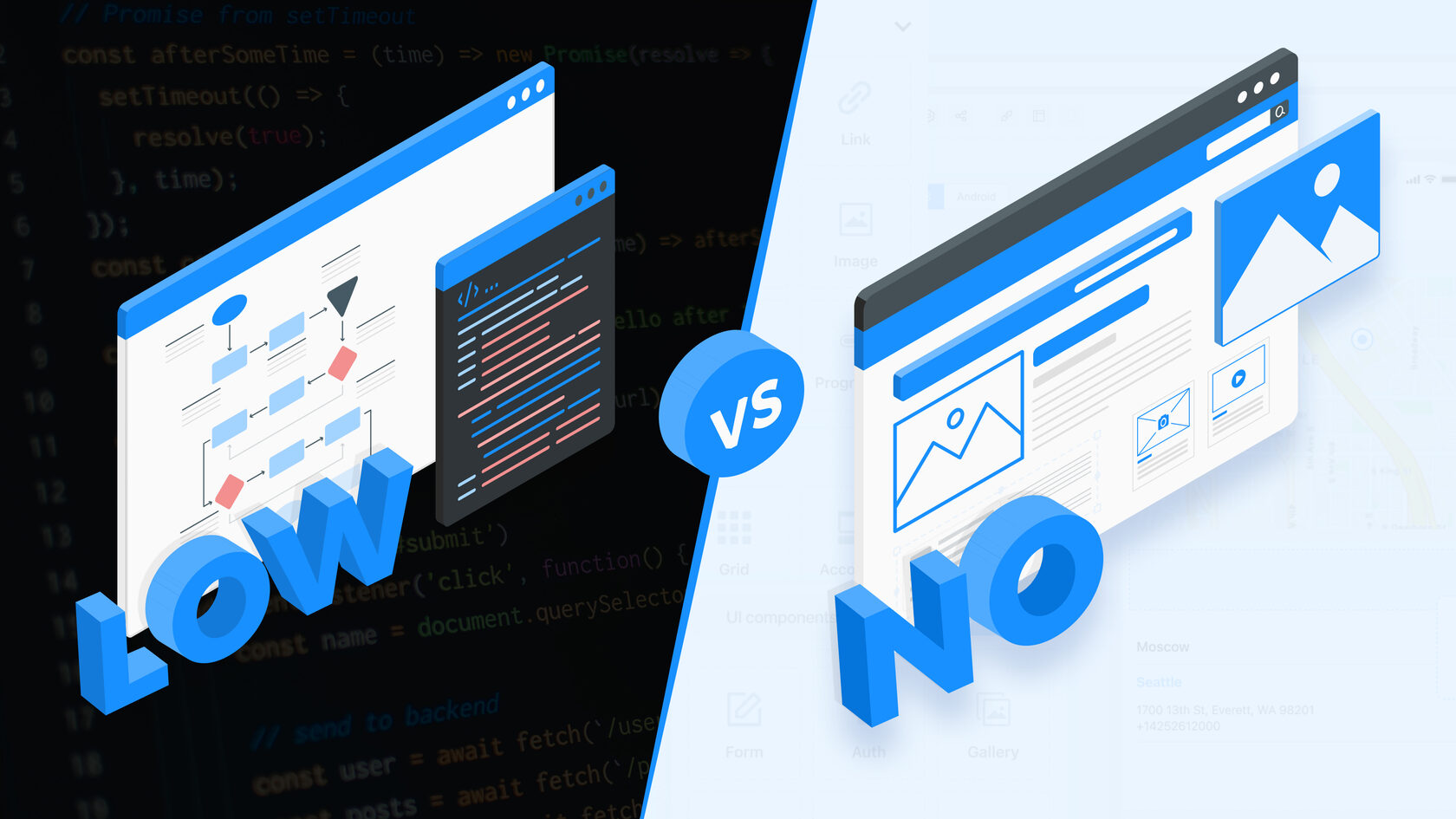 Both low-code and no-code platforms are hyping on promises to make applications development easier than using Excel so that any user can create projects without programming knowledge, extra cost, or expert help.

Low-code and no-code promising the same, however, there should be a difference. Let’s find it out by carefully examining the definitions, benefits, and limitations of both notions.

We already talked about the definition and benefits of no-code in the previous article. In short, no-code fully eliminates the requirement of coding and substitutes it with visual elements and drag & drop. Thus, making it possible for anybody with non-programming knowledge to develop software.

There are mainly 3 differentiation points between no-code and low-code.

Target Audience
No-code platforms target anybody with a non-technical background, and most often they are appealing to the business users that want to economize on the technical team, decrease the overall cost and time required for app development. Such platforms have an easier interface and apply a visual drag & drop technique to build an application. For this reason, the projects and MVPs can be built and published in minutes.

Low-code platforms, instead, are used for coders to work faster. It speeds up the overall time spent for code lines generating, thus only understandable for people involved in the programming field.

Limitations
The major problems of most no-code platforms are limited options and platform dependency. Users can build workable applications on no-code platforms, however, their look and functionality will be always limited to the platform’s offerings. Although it decreases the time and amount of possible errors, the chances to improve the app to a more complex one are quite low. Also, to maintain an app and to make some further changes, users have to always come back to the original platform, where the application was built. Any transfer to other tools or application independence is usually highly complicated and sometimes even impossible.

The low-code platforms initially give pre-written lines of code and let the user customize them any way they want to. Low-code tools give full control of the application and not limiting the development process. However, such freedom is not protecting the user from many potential errors and the app-building might take a longer time.

System openness
A system that is open, allows its users to make changes in how it works, basically lets customization.

No-code platforms have a closed system. As it was mentioned previously, no-code platforms usually don’t allow 100% customization and surround their users with pre-selected tools and functions for the app. Such a thing is partially done so the platform upgrade won’t change or break the built applications and the users won’t have to worry about spending time testing and changing it again.

The low-code advantage is the open system that lets custom-added code, making it applicable to more use-cases. However, the drawback of the open system is that with every new version of the platform, users have to try out and modify their applications, due to the custom code that everyone has. Only after modifications, if required, the users can update the version of the platform.

What do we use at Appmaster.io?

Appmaster.io is originally a no-code platform. However, it was created to partially combine the features of low-code in it. Thus, the platform shares the same user-friendly interface and drag & drop logic as every no-code tool, it also lets customization, because of the business process editor that allows adding any functionality, same as in low-code, but by the use of visual blocks. The platform also values the independence of every application, and after an app is ready to get published the user will receive admin rights and a sheet of platform-generated code. For these reasons, any app can be customized and maintained on the platform as well as by the means of traditional programming.

Ready to build something new? We recommend you look at the documentation to have a better understanding of Appmaster.io platform functionality or start developing your application for free right now.